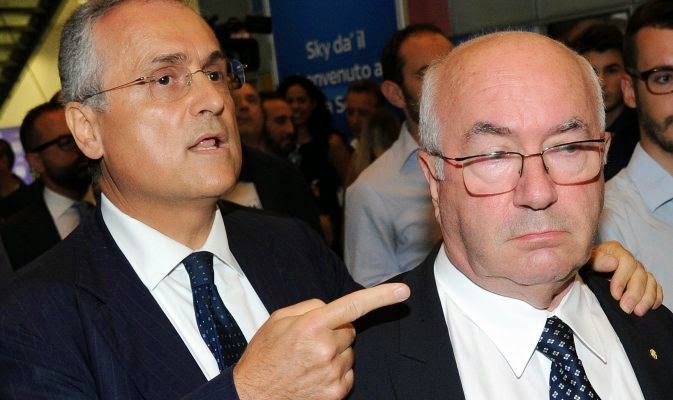 The President of the Italian Football Federation (FIGC) Carlo Tavecchio will be personally responsible for the reforms in Italian football.

The news follows Lazio President Claudio Lotito's disparaging remarks last week about small clubs gaining promotion to Serie A and declaring that league presidents "decide nothing", creating a storm in the Italian media.

Lotito, elected one of Serie A's Federal Councillor's on the FIGC board, was appointed to lead the discussions on reforms of the Italian football system by Tavecchio last year.

This evening, the Italian Secretary for Sport Graziano Delrio summoned Tavecchio and the chief of the Italian Olympic Committee (CONI) Giovanni Malagò for a meeting to evaluate the current crisis.

While Lotito's name wasn't mentioned on the official statement after the summit, he seems to have paid the price for the controversial comments.

The FIGC statement read: "Giovanni Malagò, President of the Italian National Olympic Committee, and Carlo Tavecchio, FIGC President, were welcomed at the Palazzo Chigi by Graziano Delrio, Member of Parliament and state secretary to the Prime Minister with a mandate for sport.

"The goal of the meeting was to evaluate the current situation in the football world. Tavecchio explained what was going on before explaining what will be discussed at the next meeting of the Federal Council, which takes place at the end of the month.

"The meeting will focus on measures to add impetus to the reforms put in place by FIGC, which will be personally overseen by Tavecchio."
at 21:13