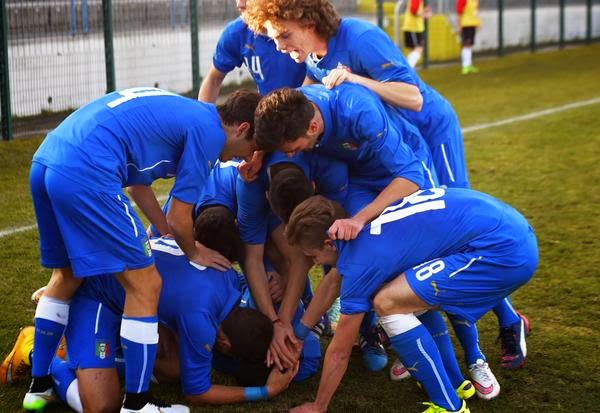 Italy Under-17s have beaten Austria 1-0 in a friendly in Fontanafredda today.

The Azzurrini hit the post twice in the first half before former Roma striker Gianluca Scamacca, who made a controversial move to PSV Eindhoven recently, found the net to score the winner after coming on as a substitute.

This is a second consecutive win this year following the excellent victory over Spain in Ibiza last month ahead of the Elite Qualifying Round for the UEFA European Under-17 Championships.

Coach Bruno Tedino commented: "Ahead of the Elite stage of the Euros, we got all the answers we were looking for. Austria proved to be a tough opponent, mostly defensively. They caused our midfield and strikers a lot of trouble."

Italy face Ukraine, Slovakia & hosts Germany in the Elite Round, which is scheduled to start on 21 March, as they aim to qualify for the Finals in Bulgaria in May.
at 20:00